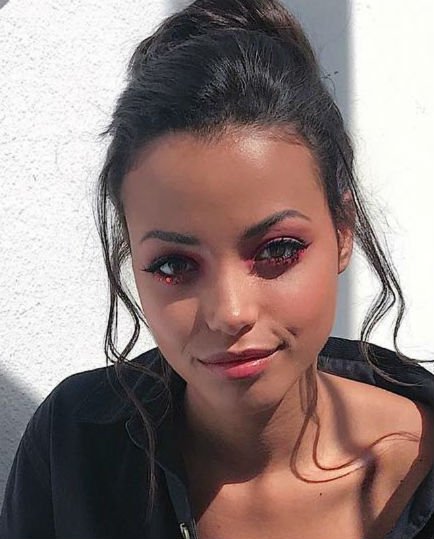 I had the pleasure of working with Ella ahead of her new role in Charlie’s Angels reboot.

Every franchise reboot needs a fresh face. And Ella Balinska, the newest addition to the Charlie’s Angels reboot, will be one to watch.

Audiences going to see the film will instantly recognize Kristen Stewart, and a few might already be familiar with Naomi Scott, the recently appointed millennial queen of reboots (she played the Pink Ranger in the 2017 iteration of Power Rangers and will star as Princess Jasmine in Disney’s new live-action Aladdin reboot), but the third angel—Balinska—is the newcomer to keep an eye on.

Nearly every film announcement that mentions Stewart can be exciting, and it’s been a while since she’s had a chance to flex those action flick muscles. Plus, Scott has been on the rise since starring in the 2011 Disney Channel movie Lemonade Mouth (alongside pop star Hayley Kiyoko), and has proven herself to be one of the biggest blockbuster stars on the rise. But it is likely that audiences will be chuffed to watch Balinska in Elizabeth Banks’ adaptation of the beloved 1970s franchise about the undercover trio of crime fighters. The Charlie’s Angels reboot will be one of Balinska’s biggest roles to date, as she has only previously made a small splash on television in the United Kingdom, with shows like Midsomer Murders, Nyela’s Dream, and Casualty.

Here is a film I have worked on for the last 2 yrs, I have coached the actress playing Mother Teresa and her mother on their accents.